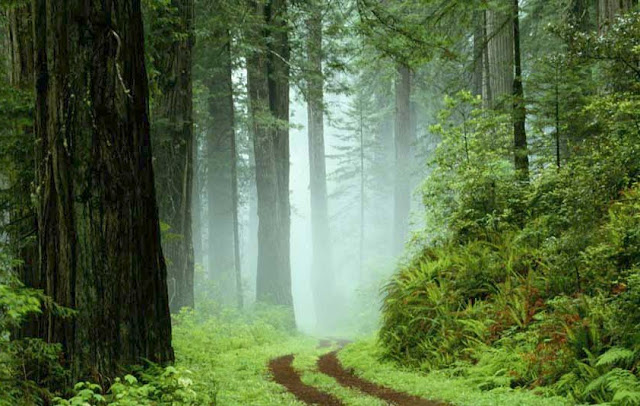 An Angel Makes His Debut

And our son is going to be a father too!  Another little angel boy on the way.  We are blessed.

Sorry sorry sorry to anyone who comes to this blog and then realizes it hasn't been updated since September.  I started working full time last October and that's my main excuse. In addition, I'm doing freelance research for a friend's books about Hollywood.  In between, I'm trying to find time to complete my own novel (I'm almost done.  Really.  I know I've said that 9, 992 times before, but it's really true this time.  I promise.) And family, did I mention family?  Love them, great to have them, but, boy, are they a distraction.  So I guess it will be a while before there's a real update.
Also, I have to find a new name for this blog.  I changed the name of the forest in my novel so now Tales from the Darkling Forest makes no sense.  (I know, newbie mistake naming the blog after a work-in-progress.  I'll never do THAT again.)  If anyone was has any brilliant ideas for a new name, let me know.

Meanwhile, thanks for stopping by.

Working it Out in the New Economy


I saw it coming in 2005.  I was working at a small TV production company, not getting paid all that much, but it was a steady job with benefits—health insurance, vacation pay, retirement, sick days.  It was a job I enjoyed, in a field I had trained for and aspired to.

My boss had recently become a follower of Thomas Friedman and his “earth is flat” philosophy.  One day the boss told me he was going to start hiring on-line transcriptionists from overseas for a fraction of what he was paying now.  It was all part of this great new economy, where we sent all the low-skilled jobs nobody wanted to do overseas.  But, I asked, if those jobs go overseas, what about the people doing those jobs here?  Not to worry.  Outsourcing was going to free us all to become entrepreneurs.  Everybody would have the opportunity to be their own bosses.
I was skeptical.  Not everybody is equipped, by training, natural talent or inclination, to be an entrepreneur.  But he assured me it would all work out.

Up until then, our transcriptions were sent to a local company that employed 8-10 people. They mostly did efficient, dependable work.  If there was a problem, you could pick up the phone and talk to them.  The people he hired on-line were definitely cheaper, but they were also unreliable and sometimes did shoddy work.  They didn’t always return emails or didn’t bother to finish assignments.
Within the next couple of years, the local transcription place went out of business.  When the crash of 2008 hit, we lost a major client and our company, which for ten years had provided steady employment for 15-20 people, went under too.  I lost my benefit-paying job and was cast adrift with all the other free-lancers, independent contractors and day-laborers.  No benefits, no insurance, no sick days, no vacations.

As my former boss predicted, I’d become my own boss.
My experience is a microcosm of  what is happening all over America as our economy falters and spins out of control.  Workers make less today than they did 25 years ago.  The number of children living in poverty continues to rise.  People at the top are doing better than ever, while the people at the bottom see their savings shrink, their opportunities dwindle and their dreams die. Yet, people still listen to Friedman’s flat-earth clap-trap and keep pushing the idea that all we need is to get out of the hole is more individual achievement and freer markets, when really for most of us, it's all been a great big dud.

The good news is that in a week, I’ll be eligible to sign up for Obamacare.  At least I’ll be able to see a doctor again.

Also, Tom Friedman still has his job at the New York Times so somebody’s still working.
Posted by Mary Holm at 6:00 AM 1 comment:

If you like good books (I do! I do!) and if you like YA (I LOVE YA!) check out the contest at Natalie Aguirre and Casey McCormick's Literary Ramblings website. They've picked out a ton of great books and you get to choose which one you want to win. Contest ends September 25.

If you gotta be stuck somewhere, I can't think of a better place than in a good book.

Everybody needs a place where they can work, be inspired and dream.  Doesn’t matter if you write in a mountain cabin, or a beach house on the ocean, or your bedroom in suburbia.  The important stuff’s going on in your head anyway.  All that fresh air and beautiful scenery would only be a distraction. 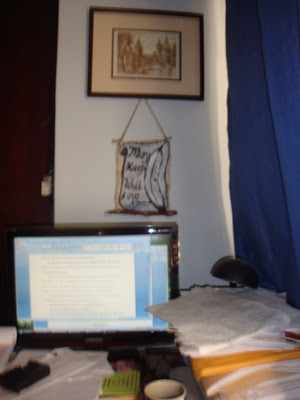 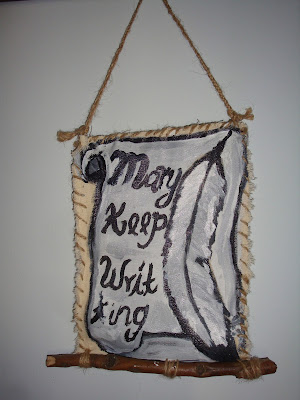 My friend Chuy made me this sign so I won't forget what I'm supposed to do.

Clamp Down, Stand Firm or Move On?


Sometimes I feel like the Pete Rose of writers.  Not the most talented player on the team, but the one who’s willing to hustle and work her tail off to succeed.  I’ll keep working on a project for as long as it takes, sitting at my computer until my back aches and my butt goes numb.

I won’t say how long I’ve been working on my current "work in progress."  Not even if you stick bamboo shoots under my fingernails or make me listen to Unchained Melody over and over.

I’m tenacious when I get a manuscript between my teeth.  I won’t stop until it’s absolutely right.  I'm just a girl who can't let go.

I’m starting to think this is not such a good quality.
Sometimes, I’m told, discretion is the better part of valor.  It might be smarter to give up on a project that’s sucking the life out of me and live to write another day.
But it’s hard to let go when it’s a project I love.  It doesn’t seem right to leave the characters in a lurch.  How can I walk away until I know for sure how the story ends?
Writing a novel is complicated.  So many moving parts.  So much can go wrong.  So many ways to make it just a little bit better.  If I just add one more plot twist, or kill off one more character or change the wording of one more sentence, it will be perfect.  But of course, it never is. There’s no such thing as perfect.
Perfect is the enemy of the good.  So I promise to get through this one last rewrite and then I’ll move on to other projects, other journeys, other dreams.

As soon as I take care of that hinky paragraph on page 173.

Are you the type of writer who moves easily from project to project?  Or do you clamp down on a story with the jaws of death and hold on until you reach the end?
Posted by Mary Holm at 6:00 AM No comments:

The Other Side of the Story: Real Life Diagnostics

Janice Hardy's awesome blog The Other Side of the Story is one of my favorite writing resources. I love that her lucid explanations and vivid examples make difficult concepts easy to grasp. Sometimes she answers my writing questions before I even realize they need answering.

On her weekly column, Real Life Diagnostics, she takes a snippet of a work in progress and diagnoses it on her blog. Usually it's a weekend feature, but starting today, she's diagnosing all week.

Today it's my turn!

Click on the link below to check out what she said about this version of the first page of my novel, The Fatal Crown.

The Other Side of the Story: Real Life Diagnostics Week: Developing Conflict and Character in an Opening Scene
Posted by Mary Holm at 5:08 PM No comments:

Mary Holm
United States
I write books for kids and teens. I'm seeking representation for my latest completed novel: TIME PASSAGES ("Life is Strange" meets "The Good Place"). For my day job, I do script research for TV shows and movies, including: "The Handmaid's Tale," "The Resident," "Genius," Grace and Frankie," and "Dietland." Married mom of wonderful boy/girl fraternal twins, grandmother of four sweet little angels (2 boys and 2 girls). This blog is about writing, publishing and my queasy, crazy, mixed up, wonderful life.